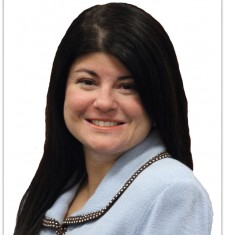 Ciel Caldwell assumed leadership of Northern Power Systems as the President and Chief Operating Officer in August 2016 and is a member of the Board of Directors. Ms. Caldwell joined Northern Power Systems in February of 2011 as Vice President and Corporate Controller and was named Chief Financial Officer in February 2013. In May 2016, Ms. Caldwell was promoted to Senior Vice President for Operations and Finance. With over 20 years of experience in finance and accounting, Ms. Caldwell has held senior financial leadership positions at various companies in the high-tech sector including 3Com Corporation, Vistaprint, and Level 3 Communications. At the start of her career, Ms. Caldwell worked at PricewaterhouseCoopers. Ms. Caldwell earned her Bachelor of Science from Babson College with a major in Accounting.