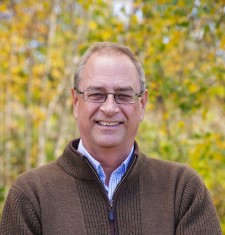 David Blittersdorf is an entrepreneur and trained engineer with more than three decades of experience in the renewable energy industry, seeking to help prepare humanity for future energy constraints. He received an associate’s degree in Mechanical Design Engineering Technology from the Wentworth Institute of Technology in 1977, and earned his bachelor’s degree in mechanical engineering from the University of Vermont in 1981. The following year, he founded NRG Systems (since renamed Renewable NRG Systems), and over the next 23 years developed the business into a global leader in wind measurement technology. He stepped down as CEO of NRG Systems in 2004 to establish AllEarth Renewables, which designs and manufactures grid-tied solar PV tracking systems for residential, commercial and utility-scale applications across the U.S., via a network of trained dealer-installers. Within the past five years, David has led three separate partnerships in building two utility-scale solar farms, as well as a 10 MW, four-turbine wind farm that helps power the city of Burlington, VT.

In addition to running AllEarth Renewables, David volunteers his time to organizations connected with renewable energy, energy education, and preparing for a post-peak-oil world. He served as treasurer of the American Wind Energy Association for 16 years until the spring of 2010, and subsequently was a founding member and treasurer of the Distributed Wind Energy Association. He is a board member for both the Post Carbon Institute and Vermont Businesses for Social Responsibility, and is a current board member, founding member and past chair of Renewable Energy Vermont. David chairs the board of advisors for the University of Vermont’s Rubenstein School of Environment and Natural Resources, and is also on the board of advisors for the Union of Concerned Scientists.