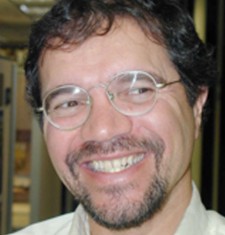 Dr. Peter Lilienthal is the President/CEO of HOMER Energy. Since 1993, he has been the developer of the National Renewable Energy Laboratory’s HOMER® hybrid power optimization software, which has been used by over 115,000 energy practitioners in 193 countries. NREL has licensed HOMER Energy to be their sole world-wide commercialization licensee for distributing and enhancing the HOMER model.

Dr. Lilienthal was the Senior Economist with the International Programs Office at NREL from 1990 – 2007. He has a Ph.D. in Management Science and Engineering from Stanford University. He has been active in the field of renewable energy and energy efficiency since 1978. This has included designing and teaching courses at the university level, project development of independent power projects, and consulting to industry and regulators. His technical expertise is in utility modeling and the economic and financial analysis of renewable and micro-grid projects. He was the lead analyst and one of the creators of NREL’s International and Village Power Programs.