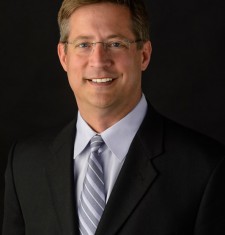 Jim Sims serves as Vice President of Corporate Communications for Molycorp, Inc., one of the world’s leading manufacturers of engineered rare earth materials. At Molycorp, Jim serves as the Company’s global spokesperson and manages all corporate communications, news media relations, government relations, and marketing / digital communications. Prior to joining Molycorp in 2010, Jim was President and Chief Executive Officer for 11 years of Policy Communications, Inc., a public affairs and lobbying consulting firm that served clients in the manufacturing, energy, utility, mining, transportation, chemical, electric transmission, and related sectors. During this time, he also served in the following roles:Chief Executive Officer of the Western Business Roundtable, a 40+-year-old trade association of C-Level executives in the energy, mining, energy infrastructure, chemical, manufacturing, and other industries. In 2010, Jim served in the White House as Director of Communications for the President’s National Energy Policy Development Group and worked to develop the recommendations of the President’s National Energy Policy. Prior to this, he served for six years as the Executive Director of the U.S. Geothermal Energy Association, and was the Executive Director of the Clean Power Cells Coalition, a group committed to promoting greater use of fuel cell technologies. Jim served as a senior staffer in the U.S. Senate from 1981-1992, completing his service as Chief of Staff to U.S. Senator Bob Kasten (WI). He is a former reporter and copy editor for the Des Moines Register. Jim received his B.A. from Georgetown University, magna cum laude, in 1984. He is the recipient of Georgetown’s President’s Medal for Academic Achievement.