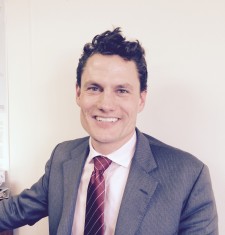 Sam Rikkers was appointed as RBS Deputy Administrator in December 2014.  He joined USDA after serving as Director of the Energy and Environment Team with the White House’s Presidential Personnel Office, a position he has held since 2013.  Prior to this position Sam served as Regional Field Director in Wisconsin on President Obama’s re-election campaign.  From 2007 to 2012, he was an attorney with Constantine Cannon, LLP, a litigation firm in New York City.  Sam earned a J.D. from the University of Wisconsin, a Master of International Affairs from Columbia University and a B.A. in Political Science and Philosophy from Macalester College.  He also served as a volunteer with the US Peace Corps in rural Zambia.  Sam is from a small town in Southern Wisconsin.