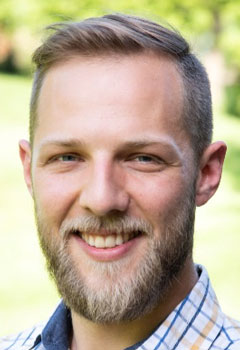 Dan Clunies has practiced as an engineer in the energy industry for over a decade. Initially armed with a Petroleum Engineering degree from Marietta College, he moved to Houston and began his career as a Drilling Engineer focused on Directional Drilling and later Managed Pressure Drilling. This work took him throughout the globe to destinations including the US, France, Russia, Iraq and the Canadian Rockies. With an eye towards greener pastures, he transitioned to Windurance, a Pennsylvania-based manufacturer of blade pitch actuators, embedded systems and power conversion electronics. Today he works as a liaison among a deployed generating capacity of nearly 3 GW of wind power throughout the world. Dan is also an avid barbershop harmonizer and accomplished unicyclist.