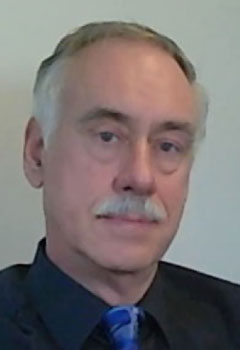 Dr. Wills was born in Melbourne, Australia. His father was an engineer, and his grandfather, the importer of Edison Phonographs for Australia in the early 1900’s. He was surrounded by technology from an early age.
Robert attended Melbourne University, graduating with a First Class Honors degree in electrical engineering in 1974.
He worked first for Telecom Australia (then Australia’s monopoly telecom company) learning about remote power systems.
In 1977, he joined the Australian Antarctic Research Expedition (ANARE) and spent 15 months in Antarctica as a glaciologist and electrical engineer.
In 1980, Rob came to the USA to study at Dartmouth College and to work at the US Army Corps of Engineers Cold Regions Research and Engineering Lab (CRREL). He earned a Master’s degree in 1984 on remote data acquisition systems for harsh climates, and completed his doctorate in 1987.
In 1995 he co-founded Advanced Energy, Inc. (AEI), a manufacturer of inverters for PV and fuel cell applications. During that time, he installed large PV-diesel hybrid power systems on mountain tops in Arizona, on Caribbean islands, and in the heart of the Amazon. AIE developed one of the first UL-Listed module integrated inverters for the emerging grid-connect market in 1999. This product received a “Best 100 New Products” award from Popular Science. AEI also introduced the GC-1000, the first 1 kW inverter to integrate switchgear (reducing installation costs), and the MM-5000 inverter, the first device to integrate an MPPT front-end with a 5 kW multi-mode inverter (an inverter with both grid-interactive and battery-backup modes of operation).
Rob has long been involved with the development and promotion of electric vehicle transportation. In 1989, he founded the American Tour de Sol, a solar & electric vehicle rally which ran for 19 years at various locations in the NE United States. He is currently Chief Electrical Inspector for the IEEE / SAE Formula-Hybrid student-team event which is held annually at the New Hampshire International Speedway.
Since 2003, Dr. Wills has designed power electronics for solar, fuel cell and small wind systems. He is a leading expert on the use of power electronics for renewable energy. In this role, he was co-developer of the integrated inverter in the innovative SkyStream 2.4 kW grid-connect wind turbine.
Rob has also acted as a “Consulting CTO” for a number of startup PV companies, advising on PV module design, electrical Balance of System (BOS) and mounting technologies. He has also been involved in reviews for the US Dept. of Energy and the National Science Foundation, and the planning of gigawatt-scale PV manufacturing plants.
Dr. Wills has acted as an expert witness and consultant on a number of cases involving solar, wind and battery-energy storage.
Dr. Wills led the committees responsible for adding Microgrid sections to the US National Electrical Code (NEC). He was also instrumental in the addition of NEC Article 706, Energy Storage Systems. He currently represents the American Wind Energy Association on the US National Electrical Code (NEC).
Intergrid’s present work is focused on the commercialization of “wide bandgap” semiconductor devices for renewable energy power electronics. Intergrid has received two Component Improvement Program (CIP) subcontracts from the National Renewable Energy Laboratory in support of this work.