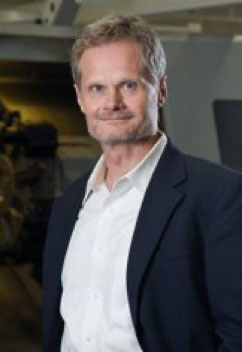 A co-founder of BWC and president since 1987, Mike Bergey is a mechanical engineer and an internationally recognized expert in the field of small wind turbines, distributed generation, and rural electrification. He has authored more than 70 technical papers and articles in the field, provided testimony to Congress, and serves as a consultant to numerous government and international agencies. He holds one patent in the wind energy field.

He has twice served as president of the American Wind Energy Association (AWEA) and served on the AWEA Board of Directors from 1981 to 2007. He is a past chairman of the U.S. Export Council for Renewable Energy, member of the U.S. Department of Commerce “Environmental Technology Trade Advisory Committee”, and a past president of the Oklahoma Renewable Energy Council.

In 2003 Mr. Bergey served on Oklahoma Governor Henry’s EDGE Committee, which prepared a strategic plan for economic development in Oklahoma. He then served two terms on the Governor’s Council for Workforce and Economic Development. Mr. Bergey was Workforce Oklahoma’s “Cleveland County Businessman of the Year” in 2005. He was president of the Norman Chamber of Commerce in 2008 and served on the Chamber Board from 2003-2010.