February 16, 2017 – Last night Representatives Tom Reed (R-NY) and Mike Thompson (D-CA), re-introduced legislation to provide a multi-year extension of the Investment Tax Credit (ITC) for small-scale wind power, and other clean energy technologies. The bill is titled the “Technologies for Energy Security Act” providing parity with solar energy’s tax extension passed into law in 2015. Notably the legislation would extend both the business and residential ITC through 2021.

“Distributed wind power provide benefits to rural communities and small businesses across the country. We applaud Reps. Reed, Thompson and the other original co-sponsors for their leadership in introducing this legislation,” stated Jennifer Jenkins, Executive Director of DWEA. “Support for distributed wind power grows America’s small businesses and supports the growth of U.S. manufacturing jobs. It also builds economic opportunity and energy self- sufficiency in rural towns from Maine to California,”

“Distributed wind will expand the way solar has in recent years, but it takes smart, timely Federal policies to bring the technology’s potential to reality. This bill moves us much further in that direction,” said Mike Bergey, DWEA’s President.

Allowing the ITC to expire puts jobs and rural small businesses at risk, and consumers left with less “energy choice.” “It’s a real shame that homeowners can get a federal tax credit on an imported solar system, but not a small wind turbine built in America. This bill fixes that,” noted Bergey.

DWEA projects 30 gigawatts by 2030 and tens of thousands of new jobs with the right policies in place. DWEA’s white paper can be found here: https://distributedwind.org/wp- content/uploads/2012/08/DWEA-Distributed-Wind-Vision.pdf

About the Distributed Wind Energy Association

The Distributed Wind Energy Association is a collaborative group comprised of manufacturers, distributors, project developers, dealers, installers, and advocates, whose primary mission is to promote and foster all aspects of the American distributed wind energy industry. Distributed wind, commonly referred to as small and community wind, is the use of typically smaller wind turbines at homes, farms, businesses, and public facilities to off-set all or a portion of on-site energy consumption. DWEA seeks to represent members and associates from all sectors with relevant interests pertaining to the distributed wind industry. For more information on DWEA, please go to www.distributedwind.org. Follow us on Twitter @DWEA and like us on Facebook

This video was sourced from The Atlantic’s American Futures project.

Durango, CO – Today the National Renewable Energy Lab (NREL), under the direction and funding of the U.S. Department of Energy (DOE), released a first-ever technical and economic analysis of distributed wind power’s potential in the U.S. Distributed wind typically means smaller wind turbines installed at homes, farms, businesses, and public facilities where they serve to reduce consumer’s electric bills. The key finding in the new study is that distributed wind could be installed at millions of locations nationwide and has the technical potential to power the entire U.S. electrical system.

“This report is timely because Congress has the opportunity over the next few weeks to fix an omission in last year’s spending bill that provided a five-year extension of solar tax credits but did not do the same for small wind. Hopefully we won’t be giving tax credits for imported solar modules that aren’t available to small wind systems built in America. This new report shows that we’d be throwing away lots of U.S. manufacturing jobs” stated Mike Bergey, President of DWEA.

For a copy of the report please click on this link: http://energy.gov/eere/articles/new-report-shows-potential-growth-distributed-wind-energy-site-power

About the Distributed Wind Energy Association: The Distributed Wind Energy Association is a collaborative group comprised of manufacturers, distributors, project developers, dealers, installers, and advocates, whose primary mission is to promote and foster all aspects of the American distributed wind energy industry. Distributed wind, commonly referred to as small and community wind, is the use of typically smaller wind turbines at homes, farms, businesses, and public facilities to off-set all or a portion of on-site energy consumption. DWEA seeks to represent members and associates from all sectors with relevant interests pertaining to the distributed wind industry. For more information on DWEA, please go to www.distributedwind.org. Follow us on Twitter @DWEA and like us on Facebook.

U.S. Department of Energy and DWEA Partner to Support Wind for Schools Program

The Wind Program announced that the Distributed Wind Energy Association (DWEA) has been selected as a partner to support the long-term sustainability of the Wind for Schools program. The selection is part of a broader effort by the Department to support the growth of the Wind for Schools network and diversify sources of funding to allow for more schools nationwide to be able to participate in the program. Over the course of nine months, DWEA’s project team will work with the existing Wind for Schools participants to further the initiative’s mission of bringing wind education to the classroom through experiential learning. The selection was announced at The Department’s Wind Workforce Development and Education Summit held in New Orleans, Louisiana, May 22nd–23rd.

Wind for Schools currently supports a network of rural K-12 public schools and higher education institutions in Alaska, Montana, Idaho, Colorado, Arizona, South Dakota, Nebraska, Kansas, Illinois, Pennsylvania, Virginia, and North Carolina. Each K-12 school hosts a wind turbine, with installation and curriculum supported by students and faculty working with a Wind Application Center at a partner university in their state. The K-12 host school incorporates their school’s wind turbine into their classroom as a way to support interactive and interschool research tasks that inspire and demonstrate novel approaches to teach science and involve K-12 students in their communities. Students at higher education institutions are also engaged as they serve as project consultants at the Wind Application Centers. DWEA’s partnership in Wind for Schools will support the existing Wind Application Centers as well as help to make connections with industry and help additional states, universities and schools to join.

Subscribe to the WINDExchange’s newsletter, which goes out every other week to receive regular updates and announcements from the DWEA Wind for Schools Sustainability Plan development team.

Virtual Briefing to be hosted by DWEA in Partnership with WINDExchange
3-4:30 p.m. ET May 18 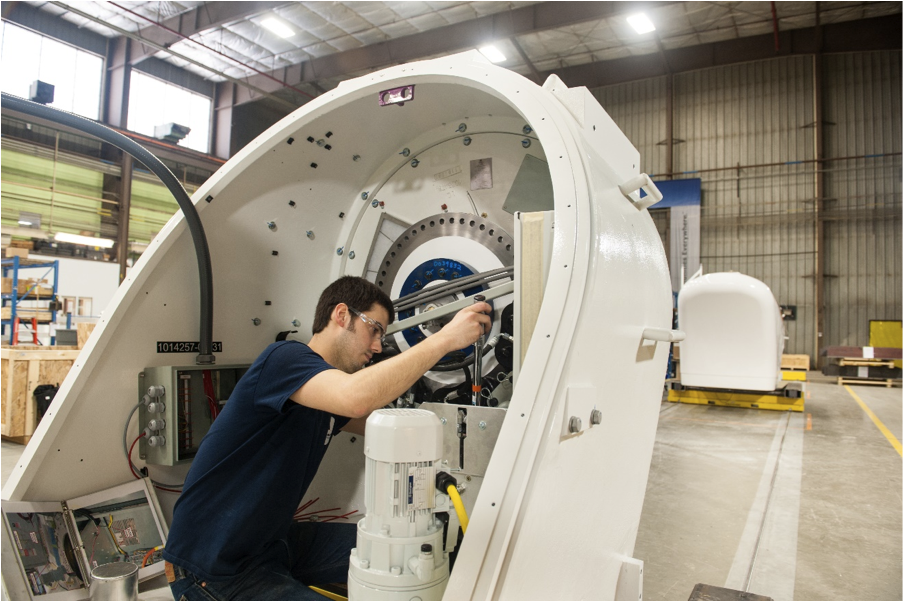 Durango, CO – After 2 years of gathering stakeholder input and reaching industry and academic consensus, production of the SMART Wind Roadmap is now complete. Funded by a grant from the U.S. Department of Commerce’s National Institute of Standards and Technology (NIST) Advanced Manufacturing Technology Consortia program, the Distributed Wind Energy Association (DWEA) convened the SMART Wind Consortium to identify industry-wide research and manufacturing gaps and barriers, prioritize solutions to those gaps for today and for future scalability, and facilitate a rapid transfer of innovation into American manufactured wind turbines.

DWEA is looking forward to success in 2016: New Membership Levels

Dear DWEA Members,
With 2016 rapidly approaching, we are focused on implementing a strategy that is necessary to have a powerful and lasting impact on the distributed wind market. Part of this process has been re-evaluating our membership levels to enhance value and benefit to your company.

The new membership levels described in the attached document allow each member company to contribute to DWEA’s Federal and State programs. Members will also receive additional benefits to access industry leaders and current market data to help you and your team find success in the industry.

Highlights of the new membership levels:

In addition to these new levels, members are invited to join the DWEA Leadership Circle. This level of dues includes; high visibility of your company on the DWEA website, all DWEA events, newsletters, and webinars. This is a great opportunity to establish your company’s brand as a leader in the industry, but also to support the organization’s efforts on the Federal and State level. Contact me directly if you are interested in more information on how to join the Leadership Circle.

Here’s looking forward to success in 2016. We are ready to fight for you and your team, provide a seat at the table during critical policy discussions, and deliver up to date information to create a real impact on the distributed wind market.